The Chief Executive Officer of Charger Limited, Emmanuel Bortey Borketey has put smiles on the faces of radio personalities in the Upper East Region with gifts ranging from motorbikes and cash exceeding GHC 10, 000.

Charger Limited is a conglomerate which has a brewery, logistics and construction materials subsidiaries with their flagship products being Happy Man Bitters, Happy Man Ginger Liqueur and ‘Onaapo Atadwe’ Ginger.

The firm has embarked on a programme dubbed ‘Happy Man Surprise the next Presenter initiative’. The CEO has rewarded several media persons actively involved in COVID-19 campaign, awareness and education in the region.

The most recent to be recognised was Abraham Aziz popularly known as DJ Lexis who received a brand new Luojia motorcycle at the premises of Word FM in Zuarungu.

Over 23 others received cash no less than GHC500 each.

Mr Borketey plans to extend the gesture to other regions up north, including the Upper West Region and the Northern Region.

With products attracting consumers across West Africa, the feat of the firm and its CEO was acknowledged as Dr Borketey was adjudged by the Ghana National Chamber of Commerce and Industry in 2018 as the Young Entrepreneur of the Year and the Emerging Brand of the Year.

He also picked up the Promising C.E.O. for the Private Sector Award, with Happy Man Bitters getting the award for Most Promising Herbal Bitters at the Made in Ghana Awards in 2019. 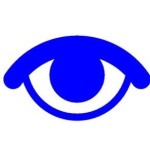